Confidence, competence and getting it wrong! 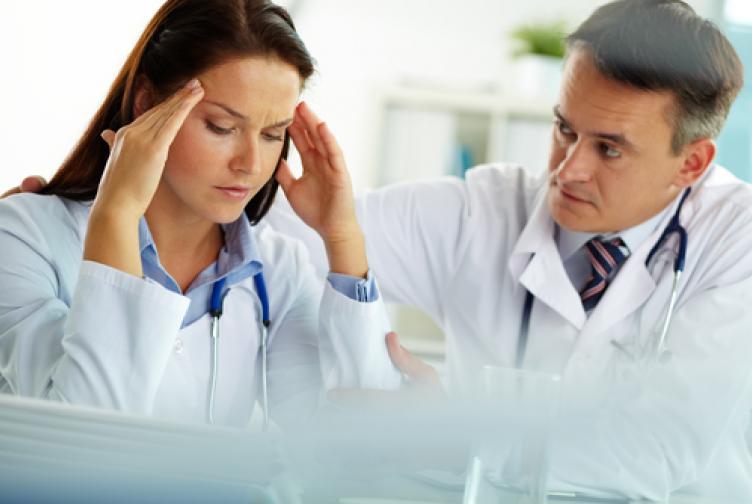 Medical students and doctors display a range of clinical confidence. At one end of a continuum are those who appear untroubled by self-doubt. Perhaps they were the ones who as fourth-year med students took off to work in Uganda and returned with ripping yarns of operating by torchlight at 3am. More timid souls (myself) had a brief attachment to the local public health unit, observing pollution in the Parramatta River.

For most of us, clinical confidence comes slowly over a career. With time, we learn more stuff, we see more stuff, we read more, we ask more, we prang less and we tremble less. That is not to suggest that we tremble or prang not at all. Few of us with any insight will not drive home once or twice a year with the self-directed words “you blithering idiot” ringing in our ears. Importantly, with time we define our areas of competence, and incompetence, and act accordingly.

That said, general practice is a broad palate, and we can’t be good at everything. Part of the art of medicine is to recognise when we have strayed beyond our skills and to call in the team of helpful professionals we have surrounded ourselves with.

All of the above is true, in my view at least. It is also not as easy as it sounds, and prang we will. It is inevitable that good doctors, with good intent, will blunder. Not just miss some obscure fascinoma, or send home someone with a virus who eight hours later is in hospital fighting for their life. That happens. It’s ugly and distressing, but generally it’s no one’s fault.

The really challenging bit is when we know our decision was a real blunder. We were tired, we were distracted, a bit intimidated, a bit rushed or a bit uninformed where we should not have been uninformed. We get away with such human frailties most of the time, but the Swiss cheese theory suggests that more than once in a career we will be in the headlights of a blunder of our own making that has consequences.

The trick here is to not beat yourself to death over it. ‘Fess up. Seek advice (MDO if appropriate). Reflect. But know you are in good company. Others will have done the same, or similar. Good doctors will have done the same. Expect yourself to be competent, not infallible. Over a time, we see so many people, make so many decisions, face so many choices that it is a lucky doctor indeed who never fails.

To crash is almost inevitable. The trick is to not crash, and burn.

When it goes wrong, push on. Know you are in good company.

Fair enough. But I reckon he was either lucky, or not in practice long enough, or didn’t spend time as an unsupported registrar in a busy paediatric ward.

But when it hits the fan, know you are not alone. Others understand.

* Dr Jon Fogarty is a GP on the NSW Central Coast. This article originally appeared on his Medical Observer blog, titled Dr Fog's tips on surviving general practice - Expect competence, not infallibility from yourself.

Part of the art of medicine is to recognise when we have strayed beyond our skills ...